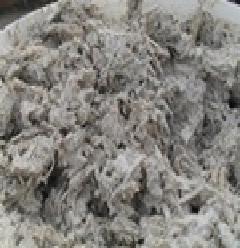 Insulating Hemp plaster – Manufactured from Calbux 90 Quicklime, Hemp and selected
aggregates and supplied with a roman cement admix. For internal application.
Womersleys are the only manufacturers in England of traditional insulating hemp plaster using Quick
Lime. The Insulating hemp plaster is supplied with a natural roman cement called Prompt allowing
for a thicker application of the plaster whilst still curing at depth. The use of a Quick Lime also acts
as a steriliser for the Hemp to prevent any unpleasant smells and makes for a very fatty, easy to
apply and insulating plaster.
Insulating Hemp Plaster made from Quicklime was very much the traditional way to insulate the
inside of exterior walls, but with the modern and far more efficient options already discussed it has
become less popular, although it is still occasionally used.
The Insulating Hemp plaster is still recognised as effective at improving the air tightness and
insulation value of a traditional solid wall construction, without compromising or isolating the
thermal mass properties of the wall. The plaster sets rapidly with exposure to Carbon Dioxide and in
the presence of moisture, hence it can be applied in thicker coats than conventional lime plasters.
Insulating hemp plaster should be applied at 35-50mm (in 20mm layers) on the inside face of
external walls. The thermal conductivity of Insulating hemp Lime plaster is 0.07-0.09W/mk.
Although lower than other products discussed it does offer effective storage of heat and a good
regulation of heat loss.