A seeded anhydrite hot lime attic floor screed supplied by Womersleys is being put down by Joe from Ornate Interiors at 14, Lendal, York city centre. York Conservation Trust are currently conserving and restoring this building, which was Robson & Cooper for 103 years until its closure last year.

It was built as a house in around 1714 and was once the home of the renowned York astronomer John Goodricke, who was deaf and dumb but made remarkable discoveries before dying aged just 21 in 1786.

The screed follows a very similar recipe to the original, combining anhydrite gypsum, quicklime and a hydraulic seeding lime to begin the gypsum set. It is contains three sands including limestone sand and goat hair. It was laid on open chestnut planks and winter wheat straw. 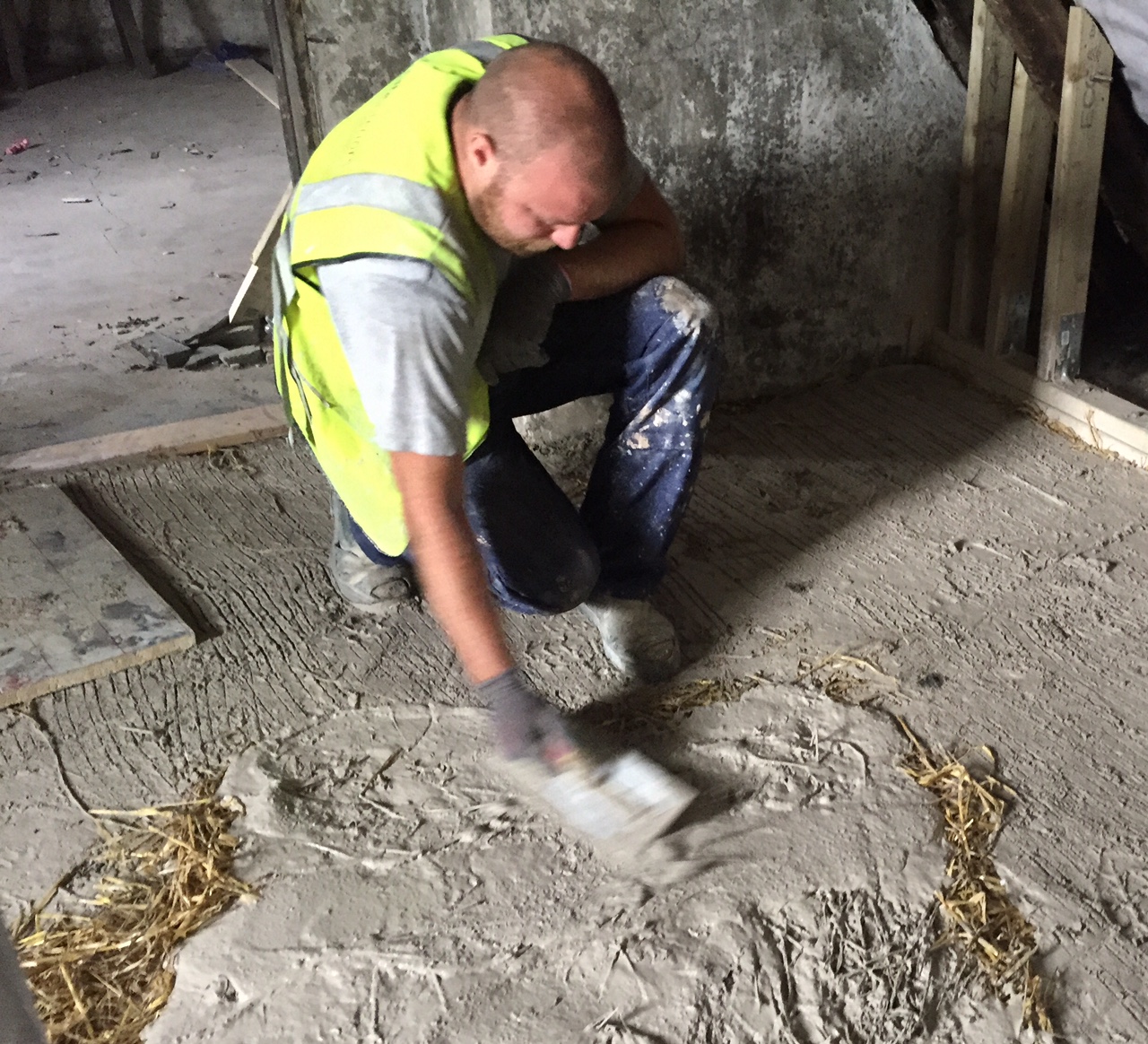 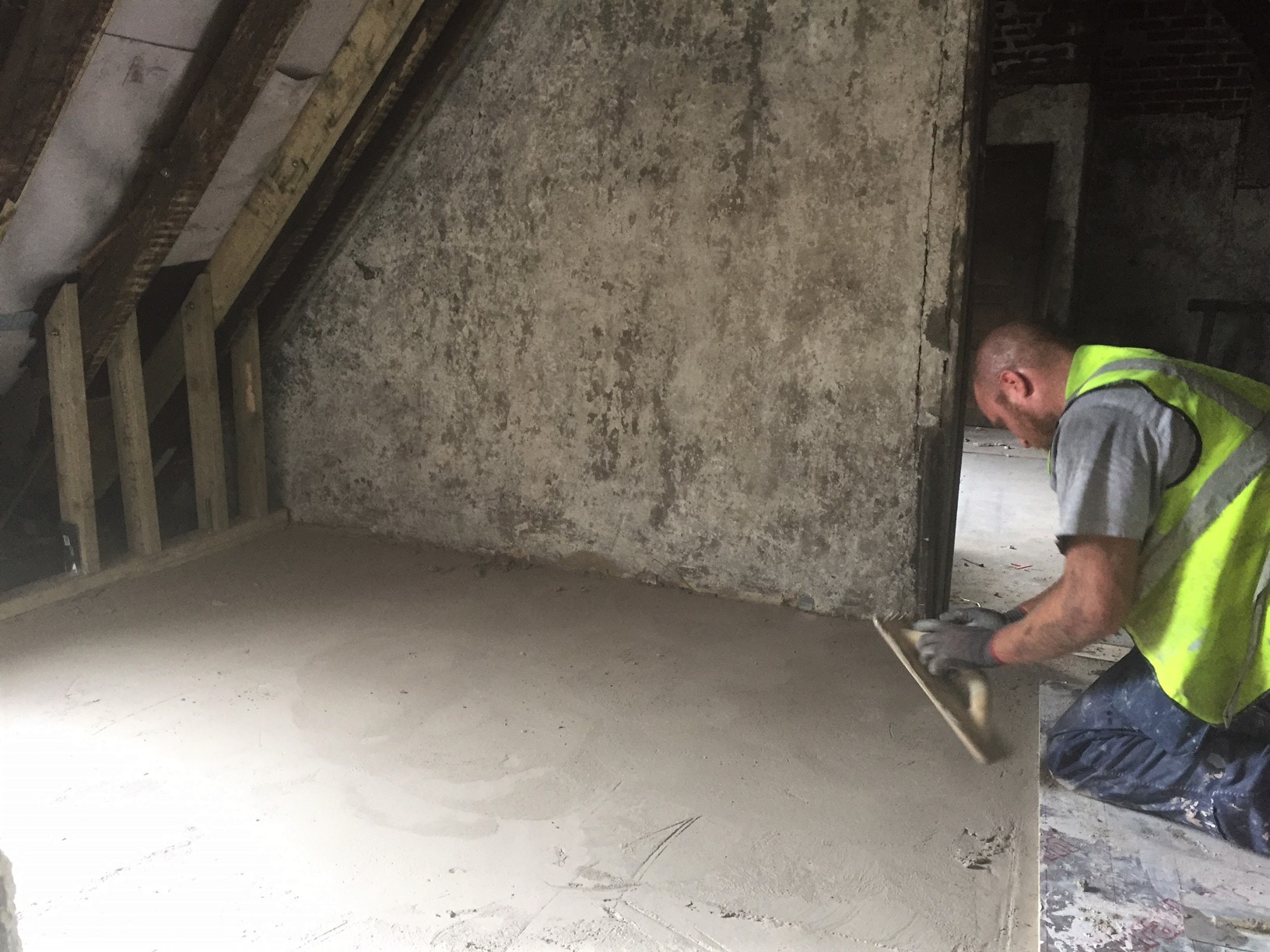