The Ceiling Centre Tells a Story

The Ceiling Centre Tells a Story

Womersley’s have recently completed a lime plaster survey of the main ceiling at Bethel Chapel, Shelf. The Chapel was built in 139 days, starting on Good Friday and opening in September 1853. When the Chapel was opened it was connected with the Wesleyan Reform movement but in 1873 it joined the United Methodist Free Church. Bethel never joined the Methodist Circuit and has remained independent for all its 150 years.

The principal ceiling has a central floral motif with dove to centre carrying a laurel leaf. This is unusual for an early Methodist chapel. We do not know the date it was installed but it could date from the 1890’s, because it tells the story of this decade. It covers an earlier grill used to extract the combustion gases from old gas lights, in fact the old grill has been used as a base for the ceiling centre with hessian soaked plaster pushed through it to support the plasterwork leaves and flowers below. It was installed after electric lighting was introduced, the first local council power station in the UK was opened in Bradford in 1891, in which Shelf sits. The 1890s would also be suggested by the use of the symbolic elements associated with the pre Raphaelite movement, the lily representing purity and the Virgin Mary, and the dove the Holy Spirit and peace. Symbolism not normally found in Methodist churches but it was an independent Yorkshire church. 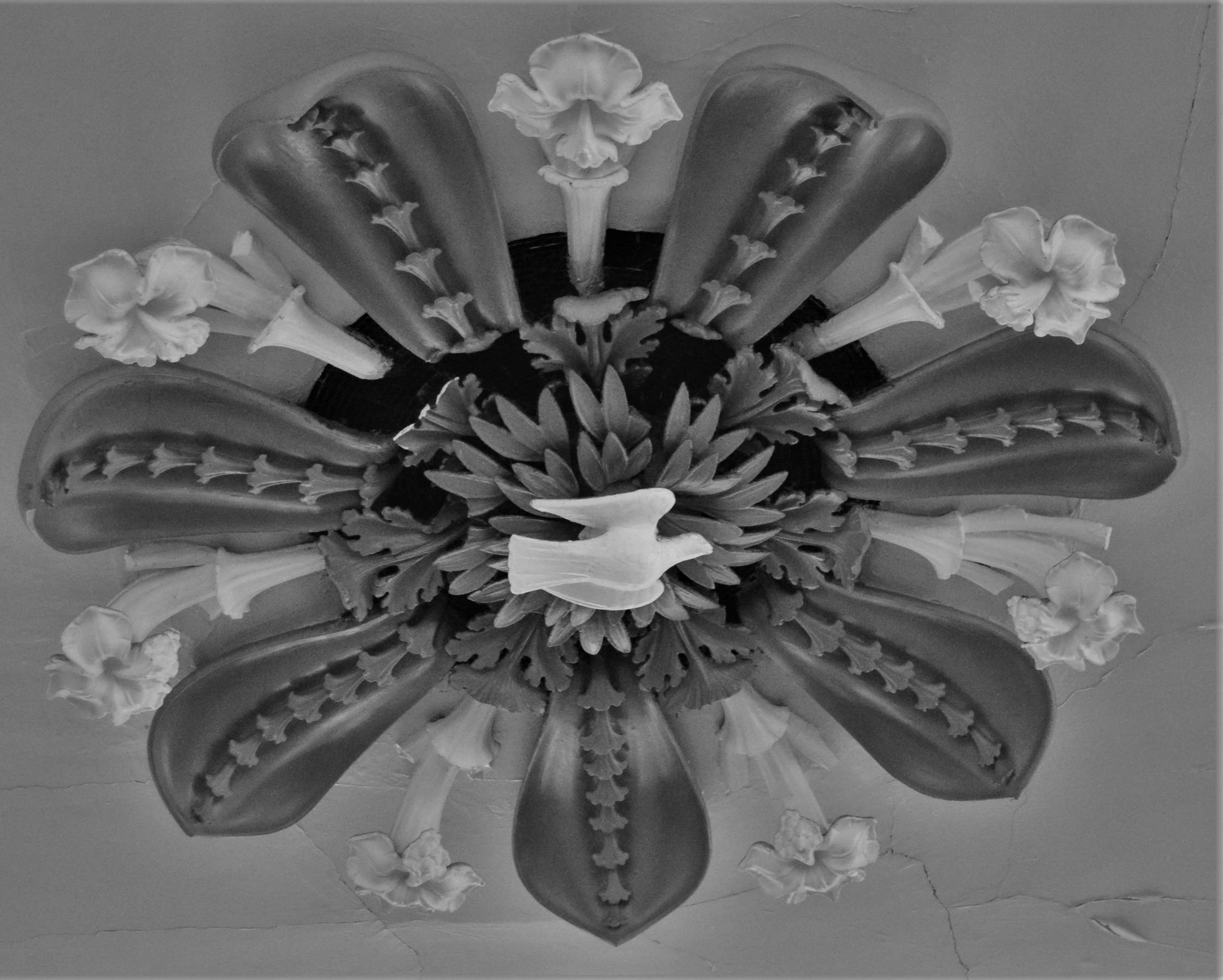