Back in India at Humayun’s Tomb, Delhi. This complex with its central Humayun’s Tomb which helped to inspire the Taj Mahal 60 years later is constructed from red and yellow sandstone cut precisely to allow ashlar lime mortared joints throughout and decorated with inlaid marble

and stones and screens carved out of red sandstone. The complex is coated in very this polished marble or shell plasters and decorated with plant oil based paints where inlaid work was too expensive for some areas. 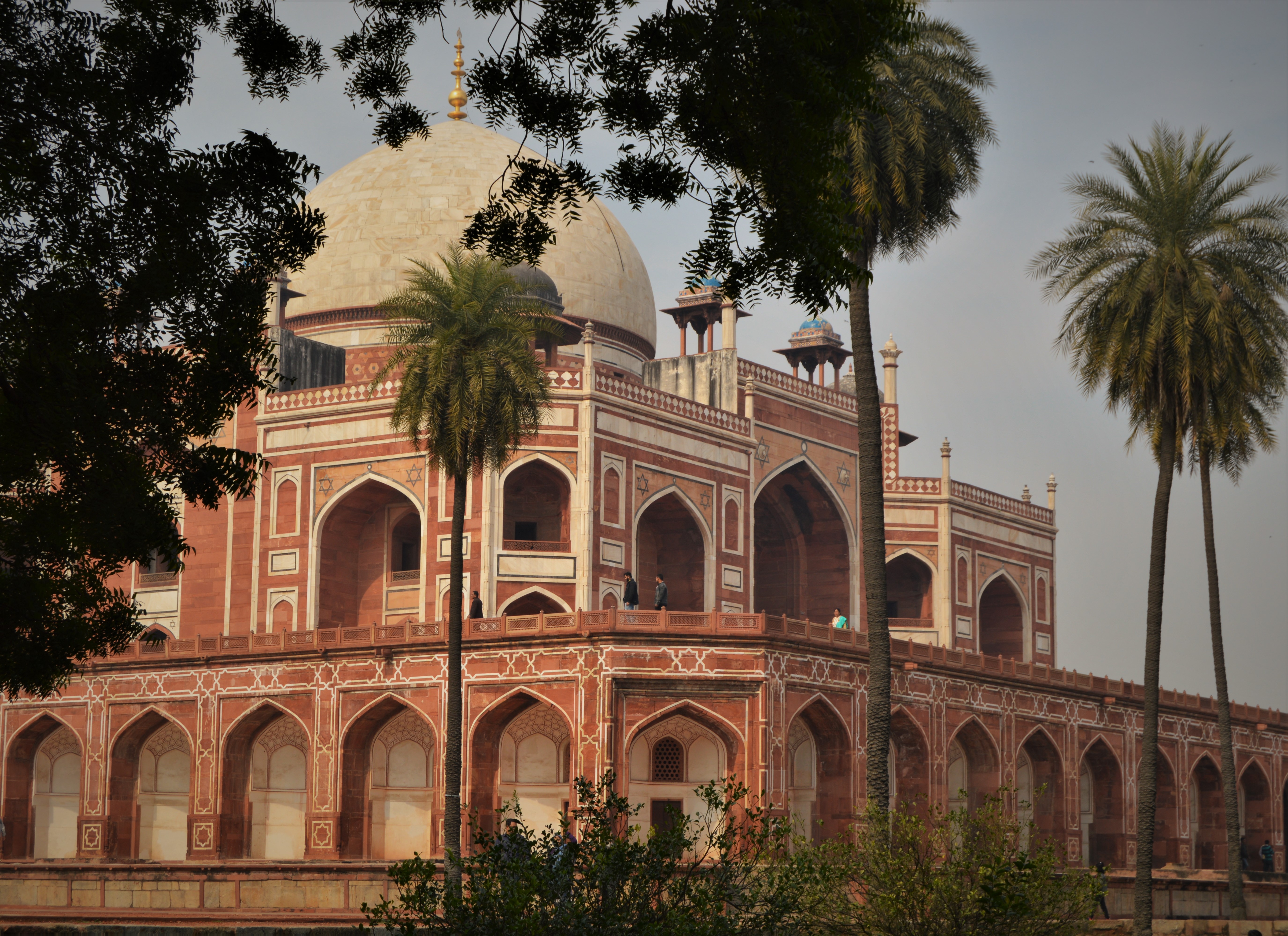 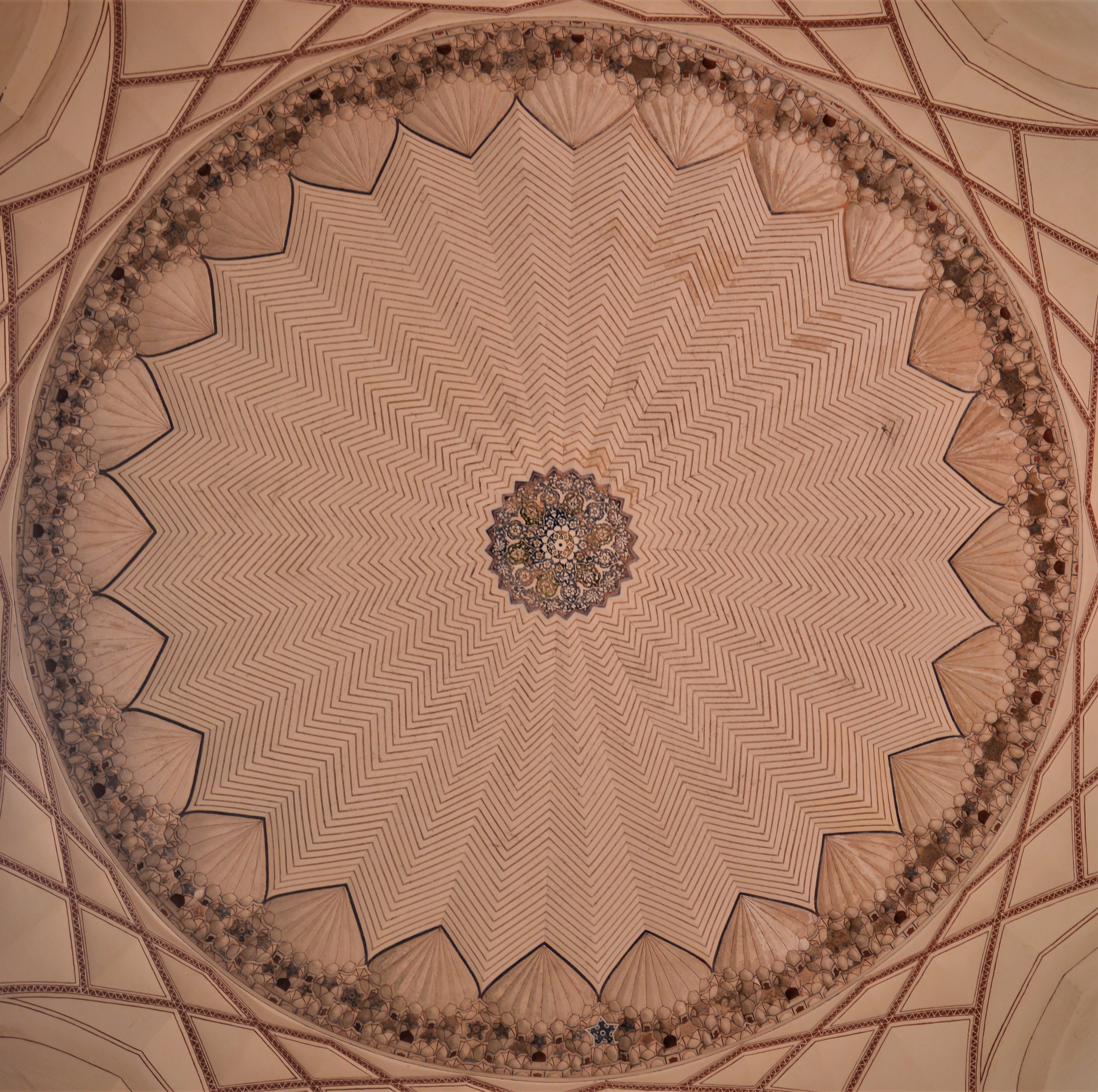 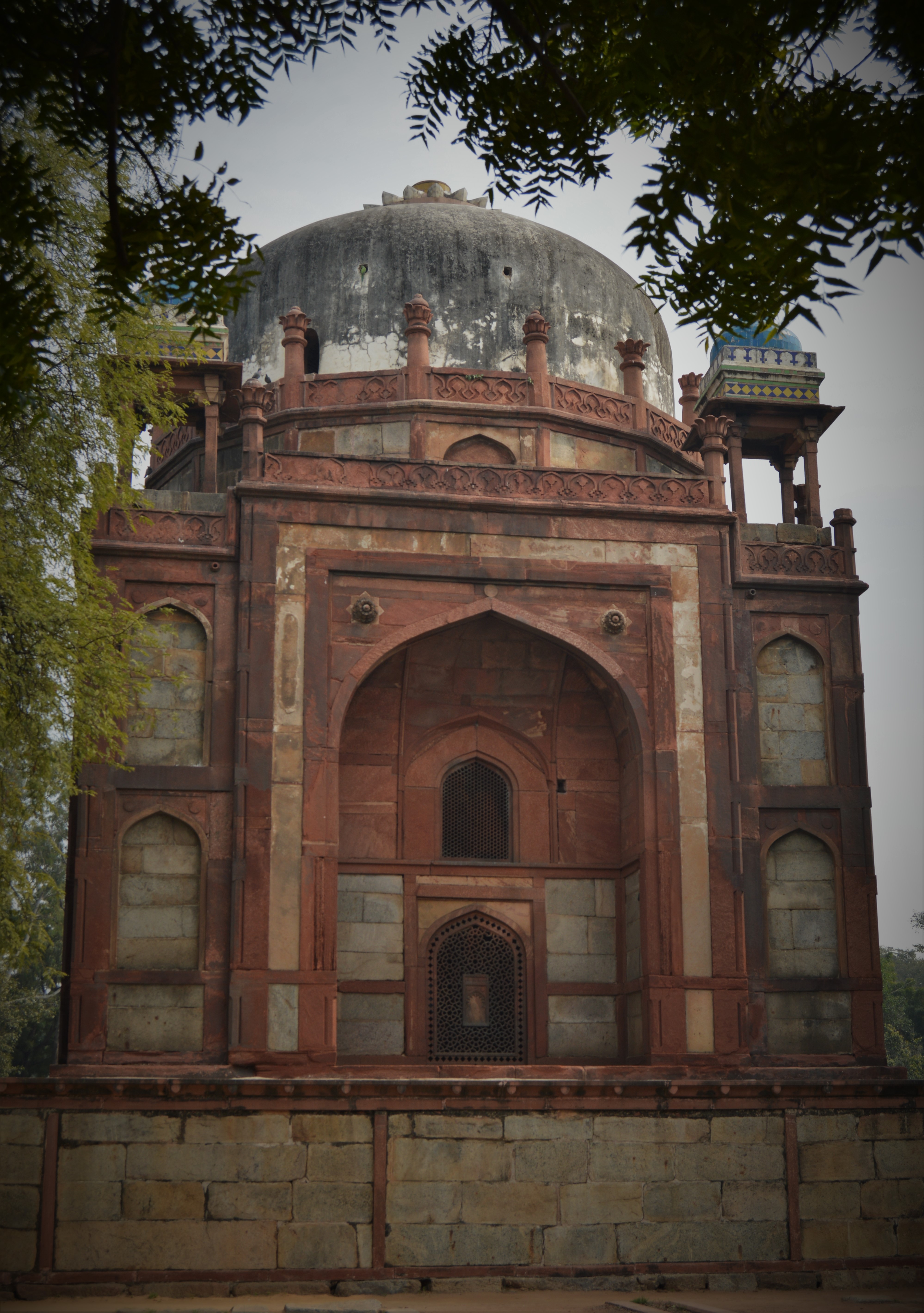 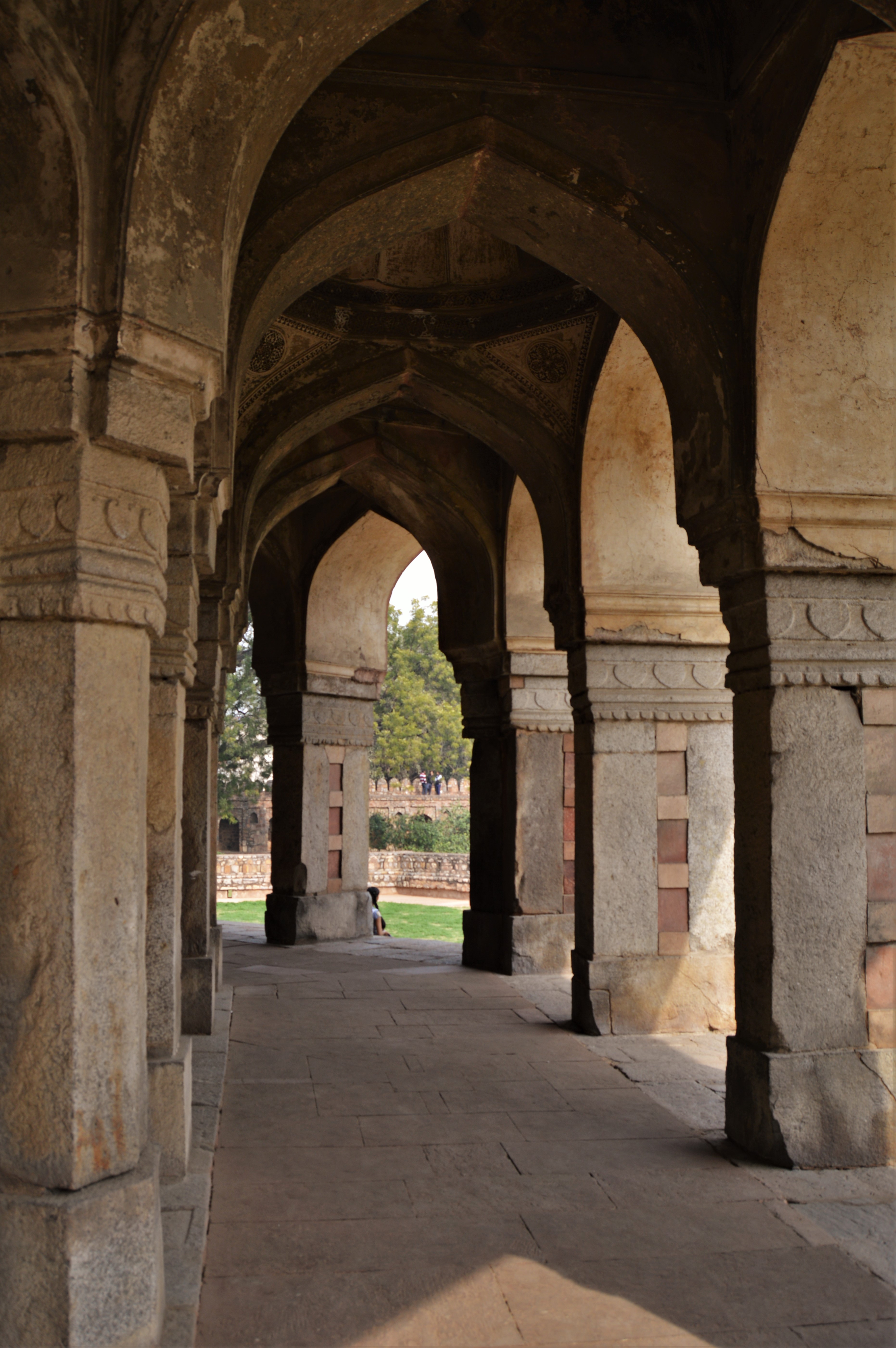