Mortar analysis for Warren Moor Mine

Womersleys have just completed lime mortar analysis for some structures at Warren Moor Mine in North Yorkshire.

Drift mining, begun in the valley sides at Warren Moor in North Yorkshire on 1865 under the direction of John Watson and his group of southern investors. The drift mines extracted ironstone from the Top Seam, known also by its geological term the “Dogger”. The ironstone was calcined on site (roasted to drive off impurities) in open clamps before being transported to blast furnace sites by rail. A standard gauge rail spur line was constructed to join with the North Yorkshire and Cleveland Picton to Grosmont Railway. Now known as the Esk Valley Line, it is still in use today.

Despite previous poor test results, in January 1866 John Watson took out a 42-year mining lease on 1500 acres of land, forming the “Warren Moor Mine” (Company Ltd). Work soon began to sink two shafts to intercept the Main Seam at a depth of 220 feet. Surface works and a chimney for the steam boilers were constructed and by the end of 1866 the boiler house chimney (still evident) was completed and the “Upcast Shaft” sunk. The “Downcast Shaft” was excavated to 150 feet but by June 1868, with the Company in financial difficulties, the Kildale Estate reclaimed the site and all equipment.

The quick lime could have been brought to site to make the mortar to construct the chimney and shaft entrances via rail. It is likely that the quick lime would have come from further south around the Malton area via the railway network or have been imported from further north via the Middleborough area, perhaps as a back load after transporting the calcined iron from the mine complex to this same industrial area. 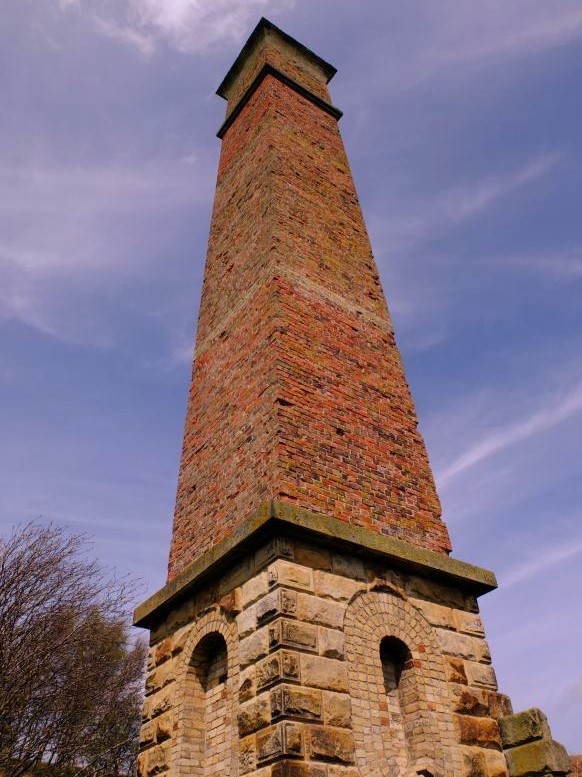