Womersleys have analysed the construction mortar used to build North Bar at Beverley. The Bar is a two storey brick built 15th-century gate that still forms an impressive entrance into the town of Beverley in the East Riding of England. It is a Grade I listed building. 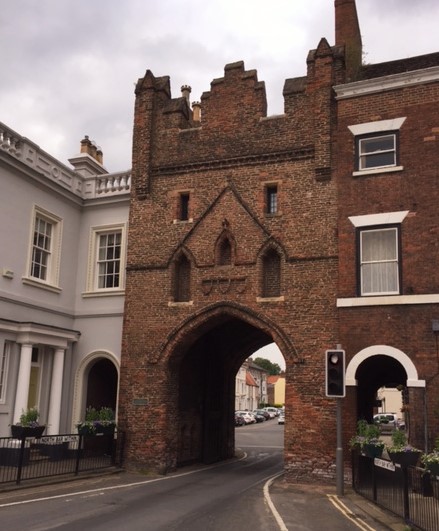 In the early medieval period, the town of Beverley was not walled but Bars were built in the 12th and 13th centuries, North Bar is the only survivor. It was rebuilt in 1409 at a cost of cost £97 11d and was renovated in the 17th century.

The bars appear not to have helped the town being taken by the Scots or later Cromwell’s forces but acted as toll gates.

The original mortar mix appears to have been made by mixing 1 part quick lime to 1 part fine sand. The small amount of ash is likely to be from the limestone burning. It would normally be expected that the lime, to make the quick lime, came from the extensive chalk deposits to the west of Beverley but the mortar is closer in colour to the stone of the nearby St Marys Church, built from warm yellow/buff Magnesium Limestone from near Doncaster. There is a chance that the less usable limestone from the church’s construction which over lapped with the building of the bar was used to make the quick lime for mortar used in the construction of the Church and the Bar.

Quicklime used for the mortar would have contained larger under burnt limestone pieces that gave the whole mortar a better structure, but this was dissolved in the analysis.

The Bar has been pointed in more recent times with cement mortars that are causing the brickwork to decay at an exaggerated rate. Womersleys’ been asked to suggest a mortar that will match most of the mortar that is visible today and which is easy to use for maintenance teams who work for the Council. It needs to have a consistent finish and to be able to cope with the saturation the lower walls get from the traffic splashes and salt spreading. It as has been suggest that a ready mixed, NHL3.5 based, Ironstone Mortar be used.